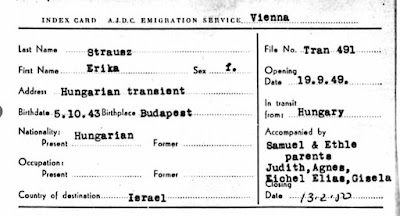 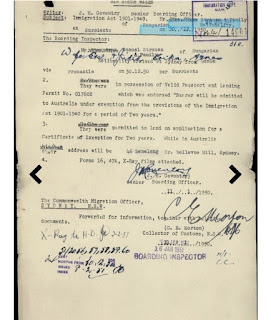 The relevant part of his qualifications check list is here - and the signature on the form follows that. 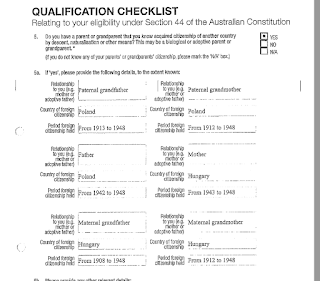 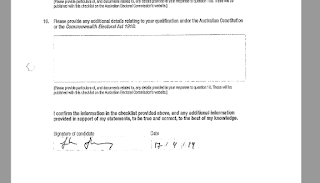 Mr Dutton failed to mention his family trust in his Qualifications check list. He did tell the world he had renounced his family trust and he no longer a beneficiary of it but the constitution says “ (v) has any direct or indirect pecuniary interest in any agreement with the Public Service of the Commonwealth “ meaning the indirect benefit of his wife an children being beneficiaries of a family trust that has companies receiving Commonwealth dollars means he breaches the constitution. Failing to declare this means he has signed a false declaration to nominate for parliament.

Both of these MPs need to be visited  by the AFP and discuss their signing false declarations to nominate for election. The matters give 12 months prison as the maximum sentence meaning they are banned form politics forever. A win win for the people of Australia.

Mr Joyce, a highly educated man, did this 6 times.  Surely having a university degree would mean you know how to read a form and ask questions of yourself, but no.  He is above the law.

Ms Gallagher the labour senator was shown in the High Court to have known she hadn't renounced her British citizenship but still went ahead and entered parliament.

Ms Singh another labour senator admitted in the press she knew her renunciation hadn't gone through when she signed the forms saying it had.

Mr Roberts, and I don't want to do him again or we end up with Steve Dickson, the High Court determined he didn't meet the constitutional requirements and he himself said he renounced his British citizenship months after entering parliament.

Stephen Parry the former President of the Senate is an ex copper and should be well aware of the law and determining how the law applies to him.


A bit at the end showing some document that may be of interest - a petition answer by Mr Porter telling us the CDPP is responsible for prosecution.  And responses from the CDPP basically saying Porter is talking out of his arse.