Warringah is the electorate home to Tony Abbott and this 2016 election has seen it become pretty much a basket case.


The new labour candidate Andrew Woodward is a millionaire calling for crowd funding to take on Tony Abbott.  He deleted all of my twitter posts on his account asking why his party is protecting Abbott yet he is gunning for him.  I mentioned TWATTS Timmy Watts article in The Age where I was basically called a birther.  You cant have it both ways Andy, either protect Abbott or sink him.  Your party chose protect him because Gary Gray and Tony Ripoli were also dual nationals.  Curiously they chickened out of the election once they saw the social media campaign to put all dual nationals who don't show they comply with the constitution into the High Court of Disputed Returns. A newspaper story about Andy.

David Barrow was born in Australia and is famous for winning against Andrew Bolt.  David is running to promote gay marriage.  His blog is interesting reading and brings up a bit of a problem.  He applied for British citizenship because his dad was Welsh and that might have wiped out his Australian citizenship. So he is running for Warringah as a pom, cant even do the dual national thing just a straight out pom. His calling himself the andrewbolyparty may also be in contravention of the Australian Electoral Commission code of nice way to do things.

And then Jimmy from telly, James Mathison from Australian Idol is running to throw out Tony Abbott.  He is running to get the youth vote and using social media to garner support.  His campaign will be a social media one he proclaims.  Few problems, firstly he is 38 and not really the right age to chase the youth vote, the youth think he is part of the problem.  Secondly his proclamation of being social media savvy and using social media doesn't really stand up.  What is his farcebook address?  I couldn't find it.  And then he knows nothing of the major social media sites chasing Abbott for the last 3 years or so.  Biggest is the facebook pages, 350,000 people registered, one of them https://www.facebook.com/Tony-Abbott-Worst-PM-in-Australian-History-151576228341304/?fref=ts has 204,000 likes and in a good week has a million hits.  The Change page, the one set up during the social media campaign to get signatures for a petition to parliament to get Abbott to show he has renounced his British citizenship, that got 32,000 signatures https://www.facebook.com/changesysau/?fref=ts and was totally ignored by politicians.  The petition was given to Bill Shorten, Tanya Plibersek and Adam Bandt and promptly ignored.  The duplicity of politicians no longer shocks me.

The other bit of social media Jimmy from telly has ignored is this little blog.  On a good day up to 600,000 tweets and retweets would shock the twitterverse and get the message out that social media is a lot pissed off about criminals in parliament.  Signing a false declaration for the AEC is fraud and a criminal act.

So Warringah is currently held by a criminal fraud who ignores our constitution, Labour have put up a millionaire candidate looking to get crowd funding to throw out Abbott who is also protected by the labour party.  The Xenophon party is putting up a dual national to run against another dual national, an independent has gone the full monty and running as a pommie.  And then social media star Jimmy from telly who hasn't bothered to look at, let alone contact, the pages supporting hundreds of thousands of pissed off voters who want Abbott out of parliament and probably in jail.

Basket weaving will become a national sport after the basket case of Warringah is sorted. 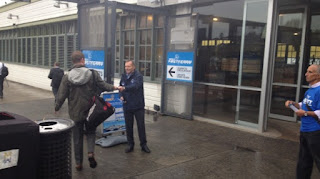 The bit down the bottom that paid for the printing,the photocopying,the envelopes and stamps and phone calls.  The trips to Brisbane and caffeine top ups from 5am until home time. The trips to Brisbane are a 6 hour round trip public transport adventure.  AND the birth certificates, National Archives files, searches in the UK etc etc etc  Thanks to everyone who has clicked on this in the last year or so.

For those of you who do go to the High court with your foreign born MP have fun, this is all about fun and the law.  I can't take names of people wanting to do this, maybe in the comments below or on the farcebook pages about your electorate or candidate.  Off in a few weeks to the High Court to try and get Abbott to front up before the voting starts.

do you comply with the constitution

DO YOU COMPLY WITH THE CONSTITUTION

no way of finding out so candidates are coming to me

You Senator Robinson and Mal Brough have all refused to reply to my request for you to direct the AEC to be able to check compliance with the constitution for candidates and members.

The situation is now farcical.

Because so many know I am taking Tony Abbott to the High court,after the polls close, I am being asked to advise them if they comply with the constitution.

There is no one who can advise candidates if they comply.

Mr Gray and Mr Griffin did all they could in their respective committees to stop my questions about constitution compliance being answered, to protect the arse of Gary Gray. He isnt running again in the hope he wont be taken to the  High Court.

You are the minister responsible and you refuse to allow the public servants to check compliance, candidates re coming to me?  How utterly ridiculous is that.

The only reason the papers dont run with it is you are owned by Murdoch and he owns the media.

The bit down the bottom that paid for stuff like the printing,the photocopying,the envelopes and stamps and phone calls, the trips to Brisbane and caffeine top ups from 5am until home time. The trips to Brisbane are a 6 hour round trip public transport adventure.  AND the birth certificates, National Archives files, searches in the UK etc etc etc  Thanks to everyone who has clicked on this in the last year or so.