documentary proof for petition to parliament 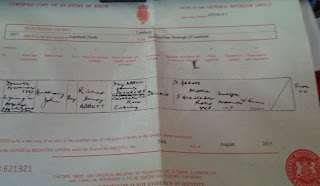 Mr Abbott's file cover for the application for Australian citizenship, the whole files is here. The interesting thing about the documents here is that Mr Abbott never signed a document in his own application for citizenship file.  He was given citizenship without applying, his mother filled in the forms but because Mr Abbott was an adult at the time this breaks all Immigration department rules. 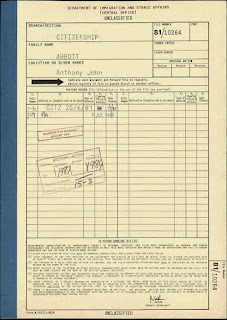 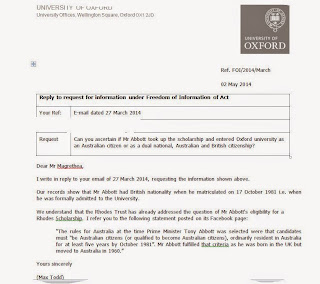